The world has long been viewed as progressive and inclusive for LGBTQ+ rights. But when you zero in on each country, their policies and levels of social acceptance vary greatly.

Travelling and working abroad might finally be possible again following the road out of lockdown and so we wanted to find which countries and cities are the most progressive and open-minded when it comes to LGBTQ inclusivity.

We looked at legalities around civil partnership, same-sex marriage, public acceptance and nightlife to work out the most LGBTQ+ friendly cities for workers. And since you also need money to sustain a working life abroad, we also looked at the average weekly wage you can expect to earn and the cost of living.

Luxembourg takes the top spot as the worlds most friendly working holiday spot for LGBTQ couples thanks to its high support of same-sex marriage with 85% of residents said to support it. The independent state has one of the highest costs of living in the study (£2,265) but also boasts a high average monthly salary of £3,387 to cover costs.

Second on the list is Spain’s capital Madrid. 86% of Spanish residents are supportive of same-sex marriage meaning 40.2 million in the country are pro LGBTQ+ rights. 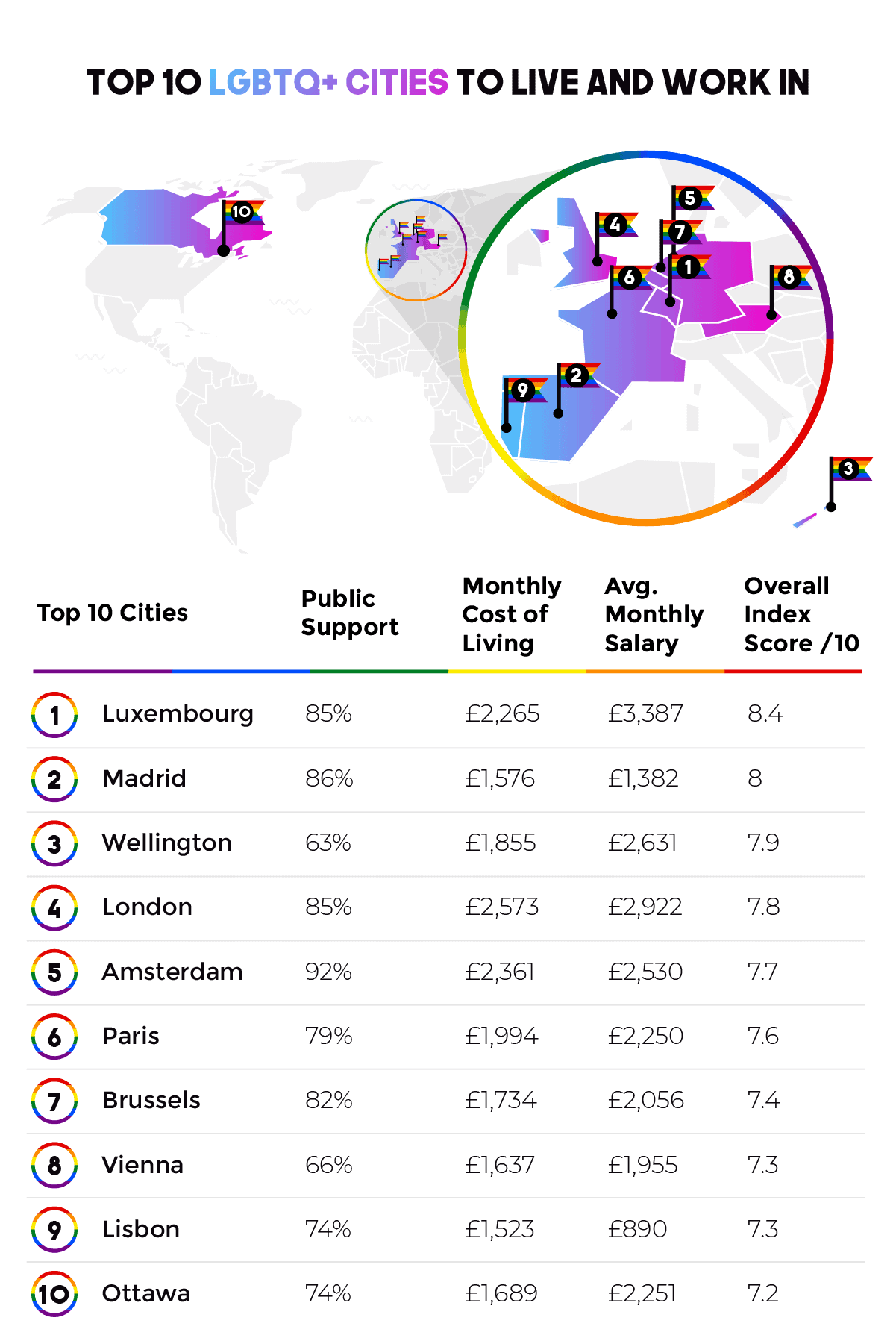 The cities that offer the most disposable income

Living and working in another country requires a high average monthly salary if you’re to be able to support yourself fully– and advance in your career. While generally high monthly salaries are balanced out by high costs of living, some cities have the potential to offer more disposable income than others.

By looking into the pro LGBTQ+ cities where the average monthly salary outweighs the cost of living, we’ve been able to disclose the cities where you’ll have the most disposable income should you choose to move there. 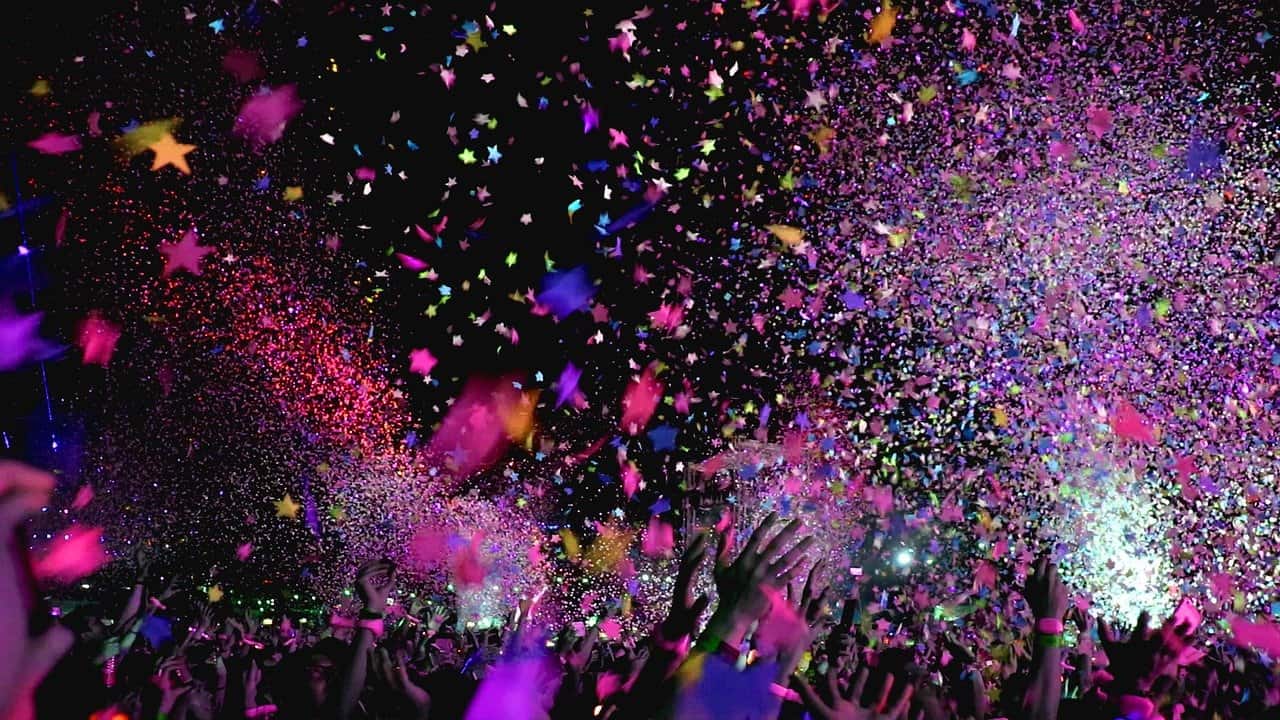 As we begin to head into a post-covid world again, nightlife is set to boom. But whilst city nightlife is generally of high quality, some cities have more LGBTQ+ pubs and bars than others.

Japan’s capital Tokyo tops the nightlife list with over 60 LGBTQ+ friendly bars and pubs. Despite the city’s large population, this still comes out at 0.44 bars and pubs per capita. This said the city is excluded from the overall top 10 due to its relatively low public support level of just 65%.

London unsurprisingly makes the top three with boroughs like Soho really leading the way when it comes to nightlife. Research shows that London has close to 50 gay bars and clubs in the capital. This also corresponds with 85% of the UK’s residents being supportive of gay rights– that’s equivalent to 57.7 million Brits being LGBTQ+ rights! 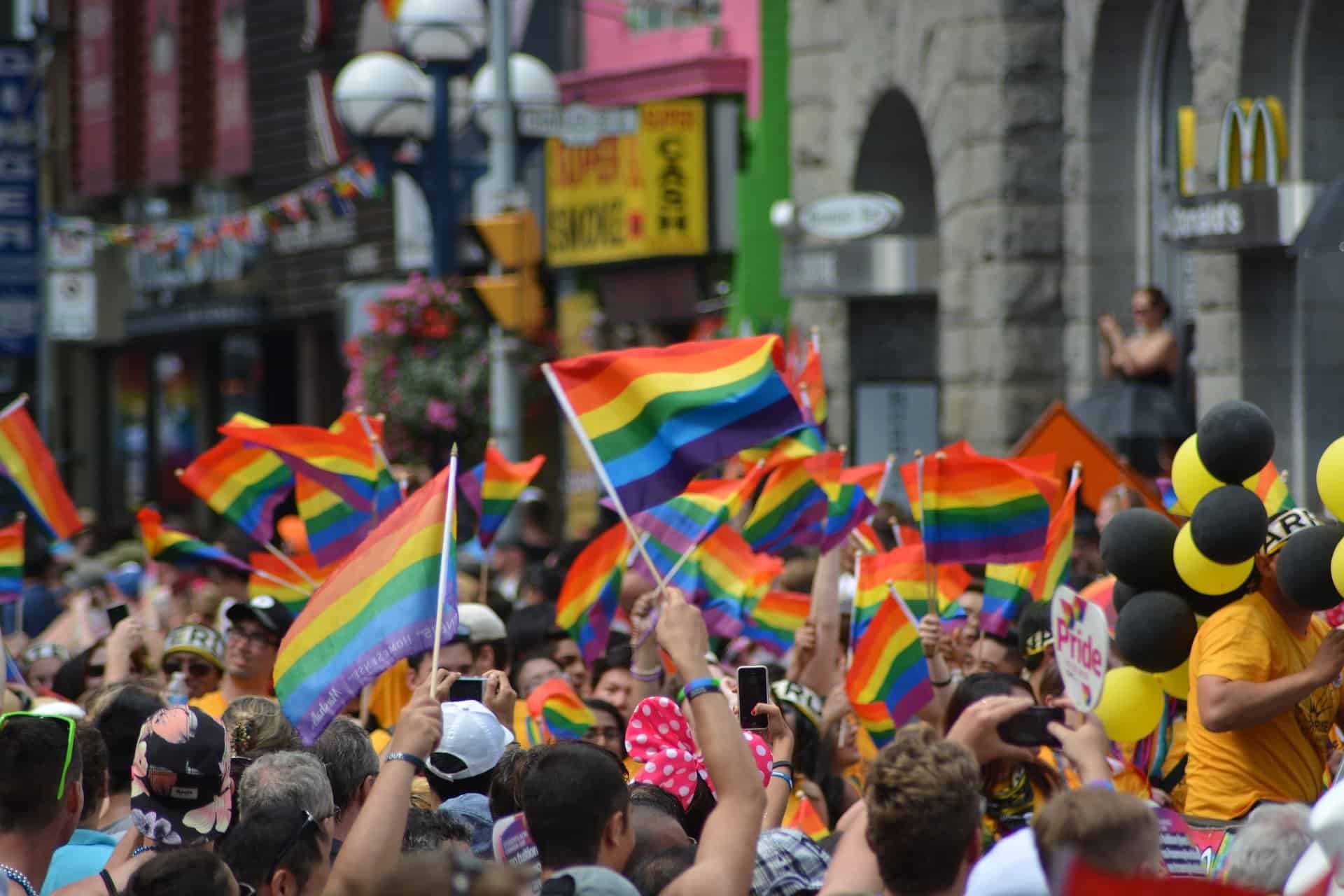 While much of the world is incredibly pro LGBTQ+ rights, there are still some areas of the world that are far less inclusive.