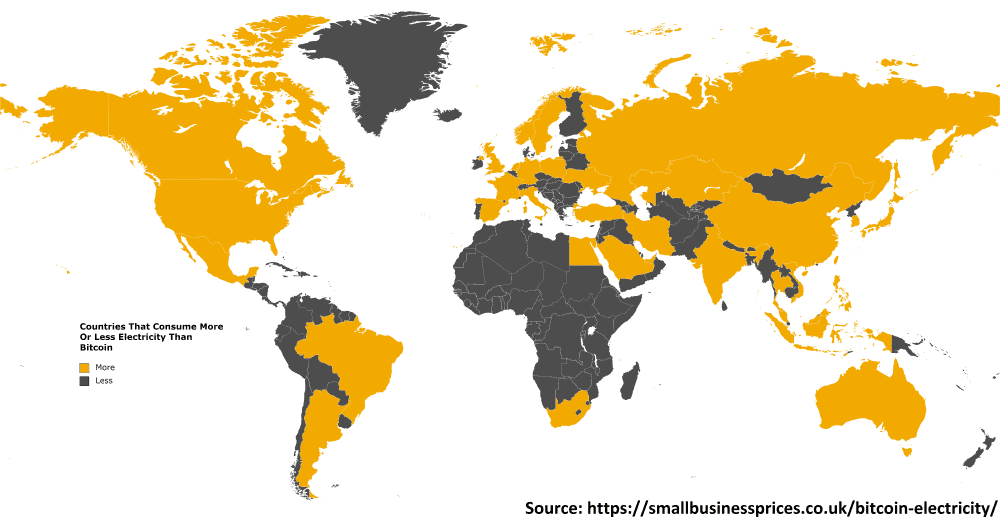 The map above shows which countries consume more or less electricity than Bitcoin as of April 2021. It was inspired by this map which made the rounds a few years ago during the last Bitcoin hype cycle.

According to the Bitcoin Energy Consumption Index, Bitcoin is currently consuming 91.52 TWh of electricity per year. This is just slightly less than the entire electricity consumption of the Philippines (population 110 million).

In 2017, Bitcoin electricity usage would have put it in 61st place globally. In 2021, it’s now in 35th place ahead of countries like Belgium, Switzerland, Israel, New Zealand and Ireland.

The table below shows the ratio of Bitcoin electricity relative to that of various countries.

Data for each countries electricity consumption comes mostly from the EIA and mpa was created via mapchart.net.