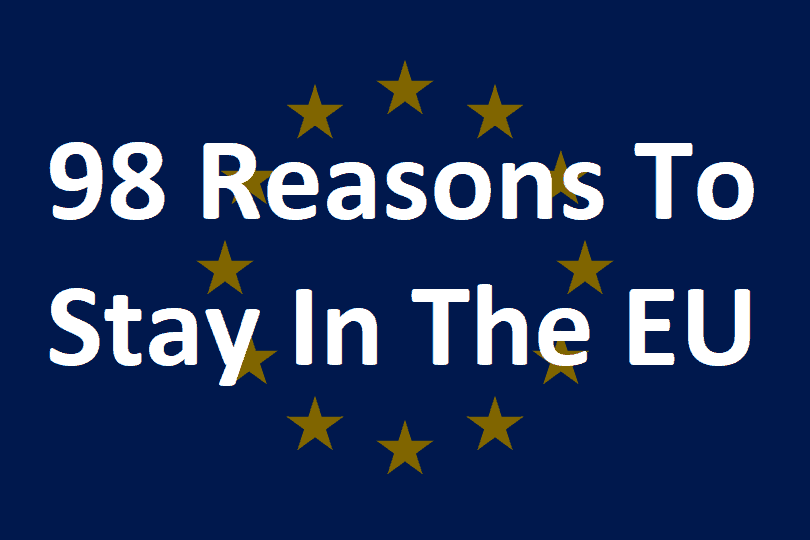 With the Brexit deadline fast approaching and no deal in sight, we thought now might be a good time to take a look at 98 benefits of EU membership for the UK.

The Bank of England estimates that the fallout of a No Deal Brexit will be worse than the 2008 financial crisis. Needless to say this will likely be very bad for UK small businesses.

However, the UK can unilaterally revoke article 50 at any time to stop this madness.

Here 98 reasons why we should:

Find out what you can do to stop Brexit from these websites: